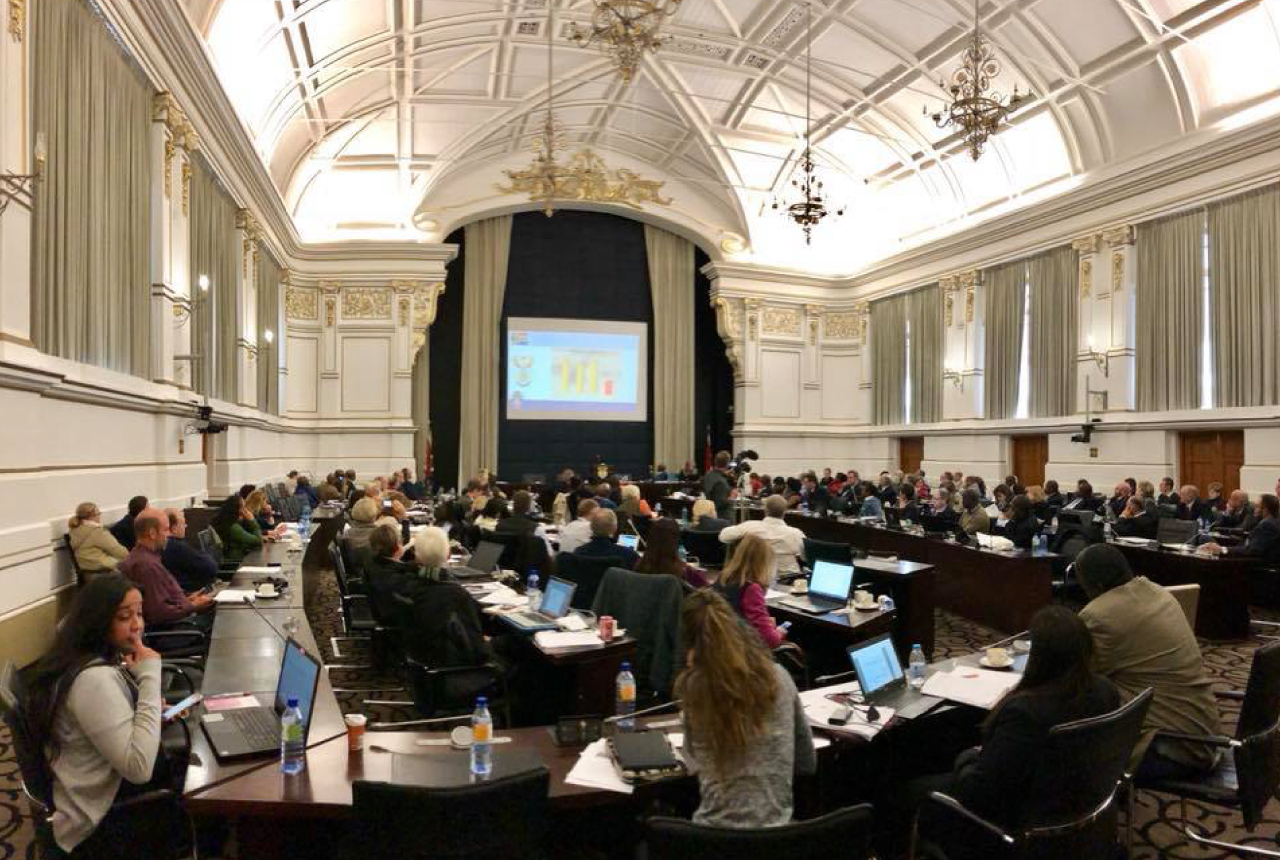 Following the recent Parliamentary Colloquium entitled “Captive Lion Breeding for Hunting in South Africa: Harming or Promoting the Conservation Image of the Country”, the Parliamentary Portfolio Committee on Environment Affairs has released their report calling for a ban on captive lion breeding in South Africa.
Blood Lions commends the Hon. Mr. Mapulane and members of the Portfolio Committee on Environment on the findings and resolutions of this comprehensive 24-page report. There is little doubt that the captive lion breeding industry has attracted extensive international criticism, and that it has had a deleterious impact on South Africa’s conservation and tourism reputation. The colloquium was attended by Blood Lions together with a number of leading conservation groups and scientists from across the globe.

Blood Lions official statement:
‘This is an important day for Blood Lions and all those who have been fighting against the captive lion breeding industry in South Africa. After some years in production, Blood Lions launched the feature documentary film and global campaign to end all exploitative predator practices in 2015. Since then, and together with a number of our partners in South Africa and around the world, we have fought hard to expose the horrors that comprise the commercial exploitation of Africa’s most iconic species. Blood Lions acknowledges the immense work being done by so many across the conservation, tourism and welfare sectors. While this is a small victory for everyone involved, we also understand that much work still lies ahead. In this regard, we thank the Parliamentary Portfolio Committee on Environment Affairs for their immense efforts to date, and urge them to continue this process until the brutality ends.’

The summary of findings from the report include the following points:
⦁ “The conservation value of predator breeding is zero; the economic value is minimal and undermines South Africa’s tourism brand value … studies have proven that breeding predators in cages or enclosed areas has no conservation value in the South African context. Moreover, there has not been a successful lion reintroduction programme with lions bred in captivity in the South African case.”
⦁ “South Africa’s captive lion breeding industry for hunting is an international pariah, and hence the Government should rethink this policy stance. The announcement by DEA that the lion bone quota determined for 2018 is doubled from 800 in 2017 to 1500 for 2018 is highly concerning.”
⦁ “Captive lion breeding for hunting is currently lawful, but this does not make it ethically, morally or socially acceptable, especially when the manner in which hunted animals are raised and released for hunting. It is obvious in this instance that hunting of captive-bred lions might have done irreparable damage to the reputation of South Africa, especially considering the negative global publicity.”
⦁ “The use of lion bones, body parts and derivatives in commercial trade, including for scientifically unproven medicine, is one of the major emerging threats to wild lion, besides habitat loss, diminishing prey and human wildlife conflict, and could serve as a cover for illegally wild-sourced lion and other big cat parts.”
⦁ “South Africa’s conservation reputation is being challenged for its captive lion breeding industry and its perceived disregard of the impact, effect, welfare and consequences of its policies with respect to captive lion breeding and wildlife trade…”
⦁ “South Africa is the largest legal exporter of lion bones and skeletons … Ninety-eight percent of these were destined for Laos and Vietnam, which are known hubs for illegal wildlife trafficking….”
⦁ The risk of human health and safety posed by zoonosis – an infection or disease that is transmissible from animals to humans under natural conditions, including tuberculosis (TB) and possible exposure to lethal compounds …. The risk to South African lion abattoir workers is real. South Africa also risks finding itself in a precarious legal position should it arise that the country had exported tuberculosis-infested lion bones.”

Click here for the Parliamentary statement on their report:
https://www.parliament.gov.za/press-releases/environmental-affairs-committee-calls-policy-and-legislative-review-captive-lion-breeding-hunting-and-lion-bone-trade

Click here for the full version of the report, which will be presented to Parliament for consideration in due course:
https://conservationaction.co.za/resources/reports/11384-2/

Please note that we will be going Live on Facebook on 15 November at noon with Blood Lions producer, Pippa Hankinson.