Over the last few weeks, Love Africa has been privileged to be on the frontline to witness and document stories of conservation at its best.

Earlier this month we shared the successful story of a vulture release with Wildlife ACT; this time, we were in the bush again, but with a story much lower to the ground…

“Overwhelmed with excitement to the point of shaking, it was hard to believe that we were documenting one of the world’s most trafficked mammals.” – Casey Pratt, Love Africa Photography

After spending just a few short hours on this monitoring session out in the bush, it left us with an incredible desire to tell Cory’s story to the world.

Love Africa produced a short film with The Safari Media Co, which was published across national media and Facebook with over 18,000 views in one week. In addition, we secured over 10 media placements for the press release that tells this story. 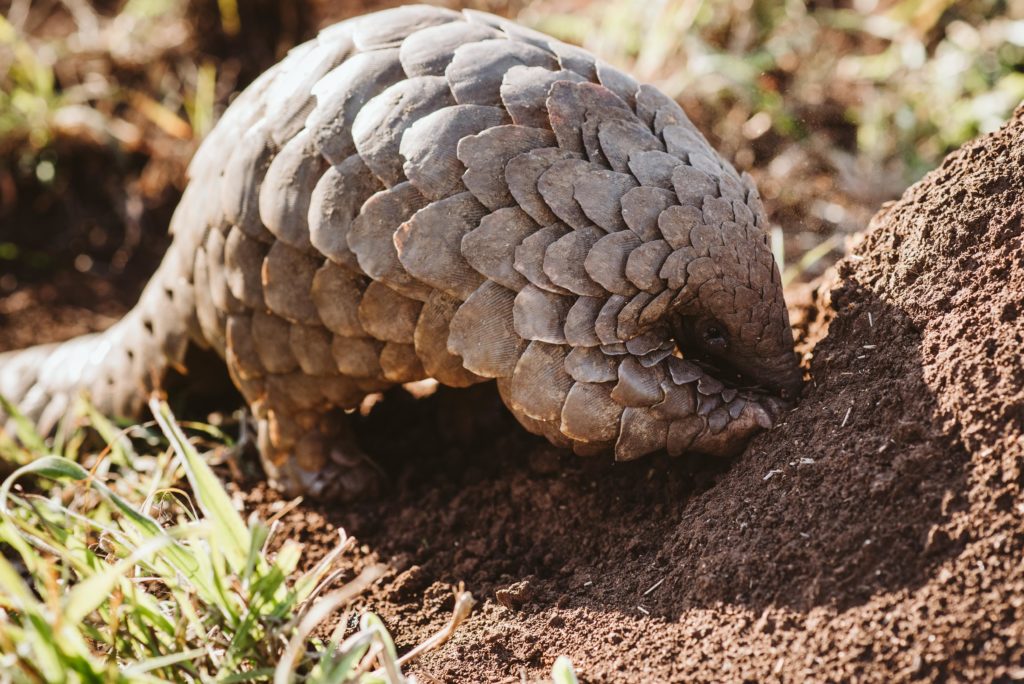 Our team was privileged to join Zululand Field Manager: African Pangolin Working Group Leno Sierra and Cory, a Temmincks Ground Pangolin, in a phased introduction to her new home at Manyoni Private Game Reserve. Ground Pangolins have been locally extinct in Zululand for over 70 years, making this ‘soft release’ that much more special. 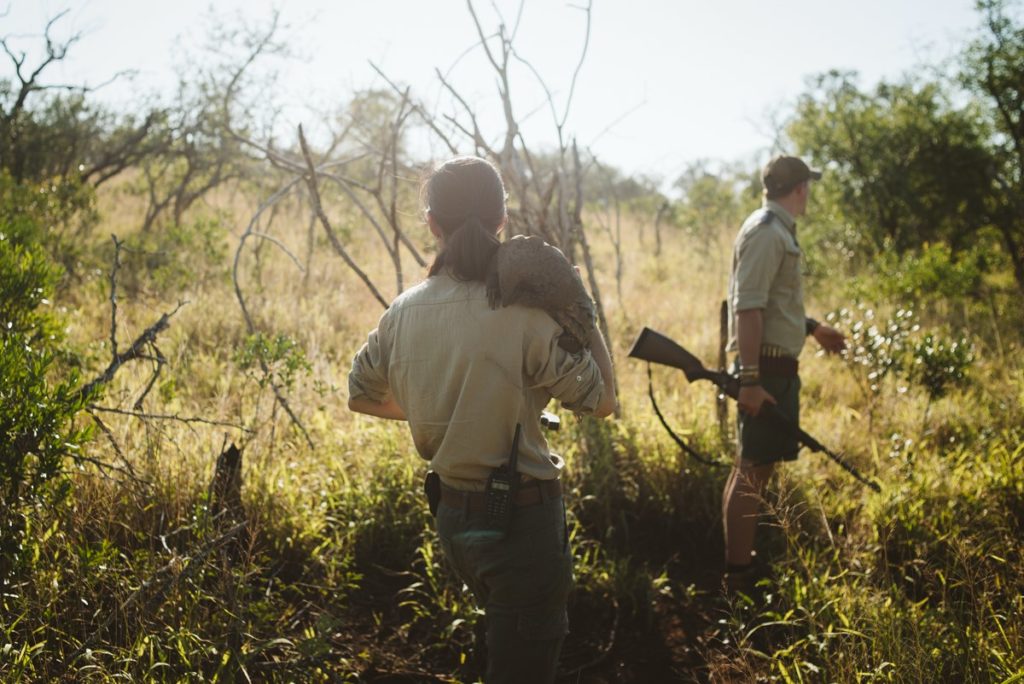 “I never thought I would use the word ‘cute’ to describe this scaly anteater-like creature. She moved a lot quicker than I had imagined, from one termite mound to the next looking for a snack of either termites or ants.”

“Her sudden change in direction and eagerness to keep moving definitely made it a little harder to photograph than I had originally anticipated. As we followed Cory from one mound to the next, I was struck by how robust she was – a mini bulldozer walking over anything in her path and with such purpose and determination.” Casey Pratt, Love Africa Photographer. 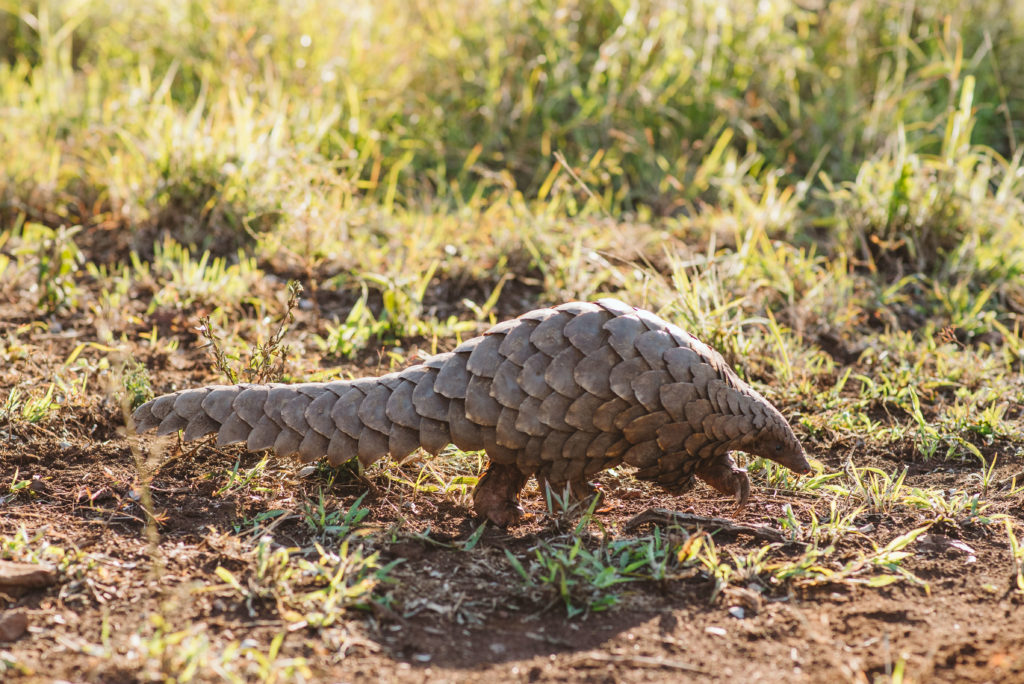 ‘Cory’, was poached from the wild and eventually rescued on a sting operation by the African Pangolin Work Group with support from SAPS and Green Scorpions.

When survivors arrive at the Johannesburg Wildlife Veterinary Hospital they receive intensive care and are nursed back to health by a dedicated team. Once strong enough, the pangolins are then taken to a suitable reserve (Manyoni being one of these sites) where the “soft release” process begins.

With staggering poaching statistics severely threatening the species, Pangolins have been dubbed the world’s most trafficked mammal. It is for this reason that the Zululand Conservation Trust has dedicated a large number of their conservation funds towards the protection, rehabilitation and monitoring of these incredible animals. 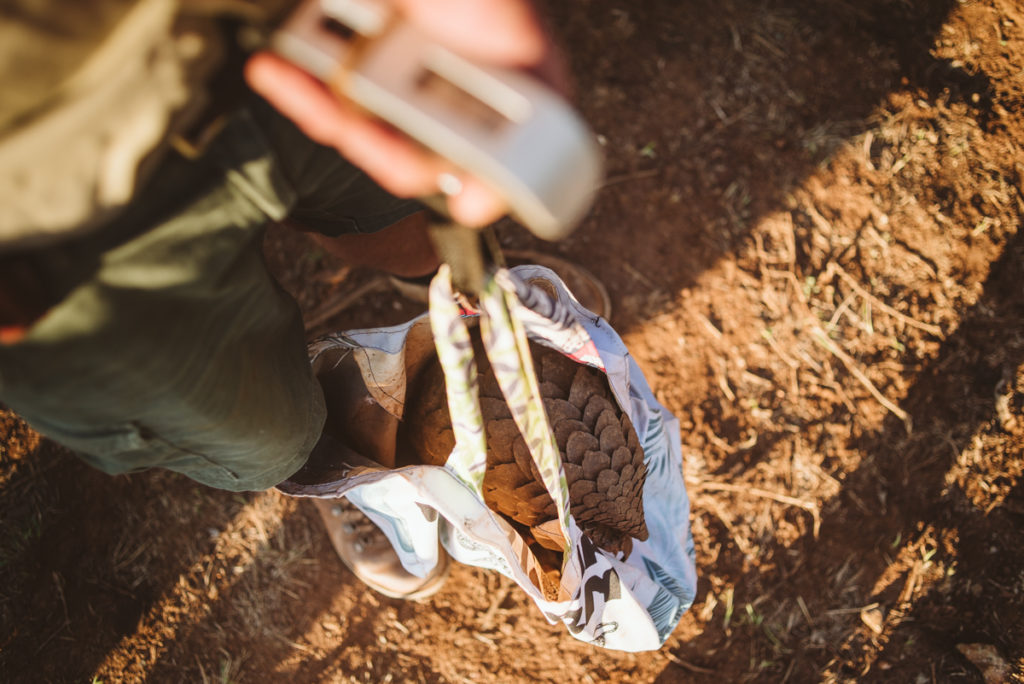 There are 8 different pangolin species of which four are found in Africa and four in Asia. These strange looking creatures are covered in protective, overlapping keratin scales. These scales as well as their meat are in high demand, mostly by the Asian market. 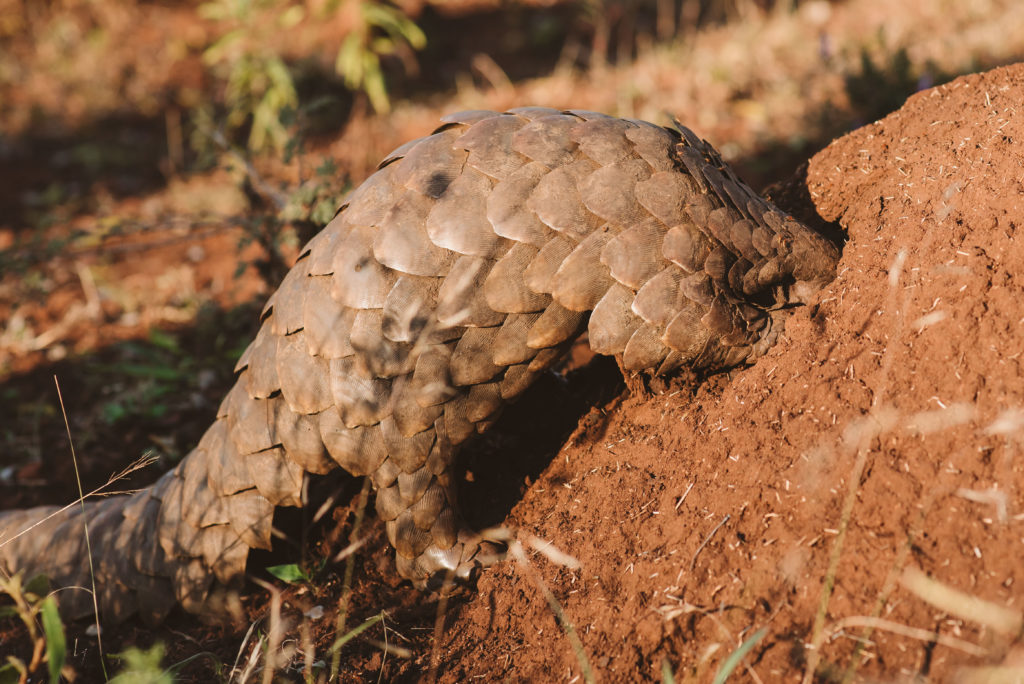 The Love Africa Team has conservation and Africa at the heart of everything we do. Stories like Cory’s fuel our passion to spread environmental awareness and to tell the stories of the incredible work being done on the ground, reminding us all of the importance to support environmental work and organisations behind it.

We are so excited to share that Cory has been released and is successfully living in the wild. 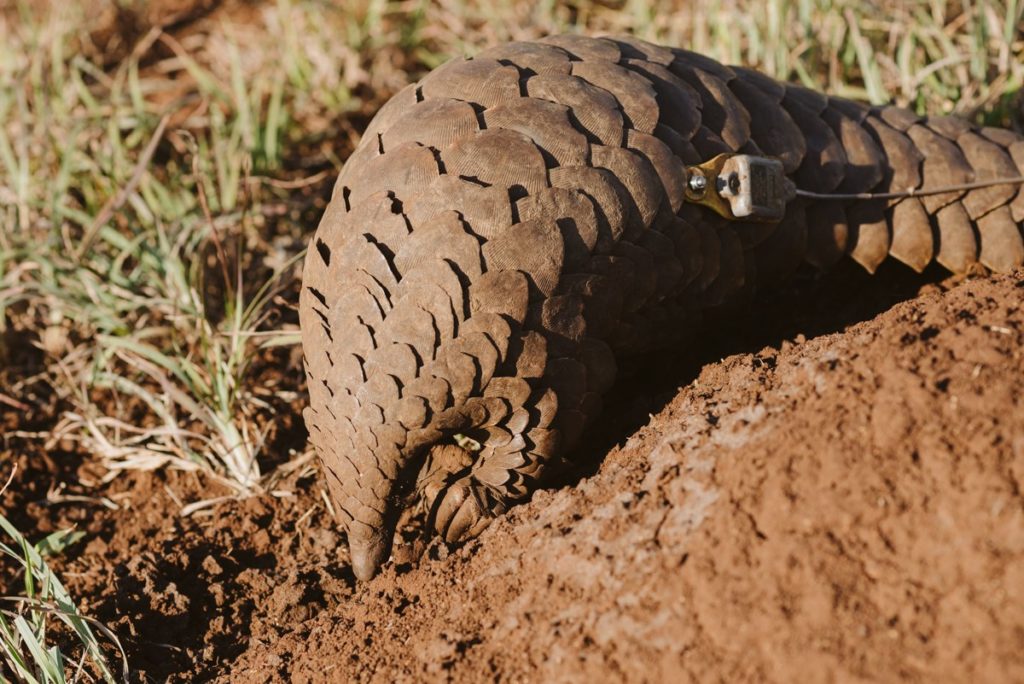 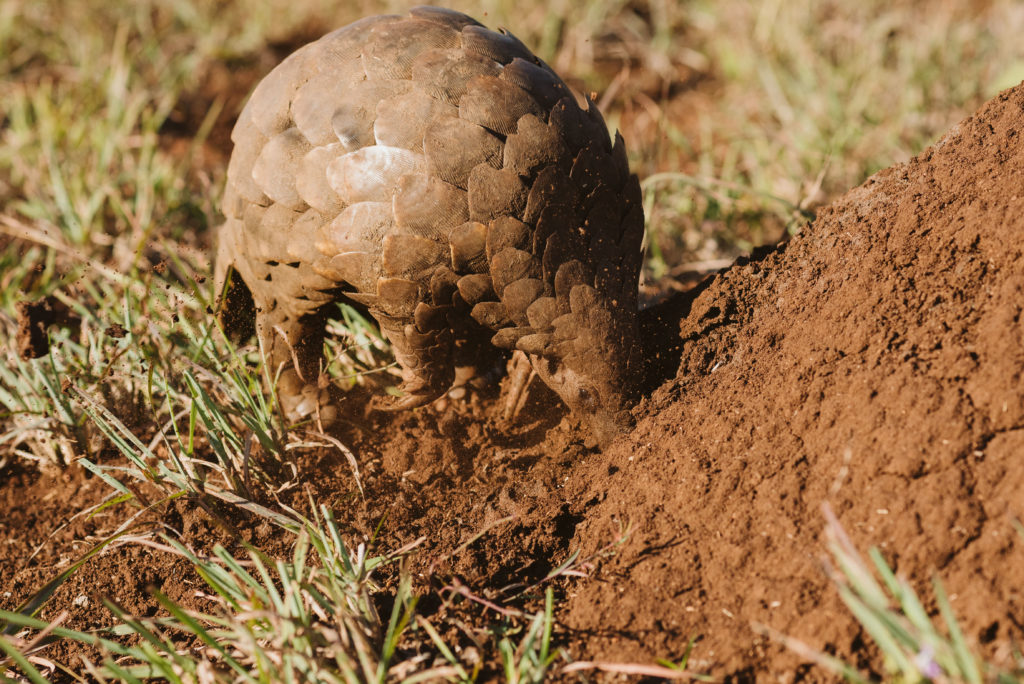 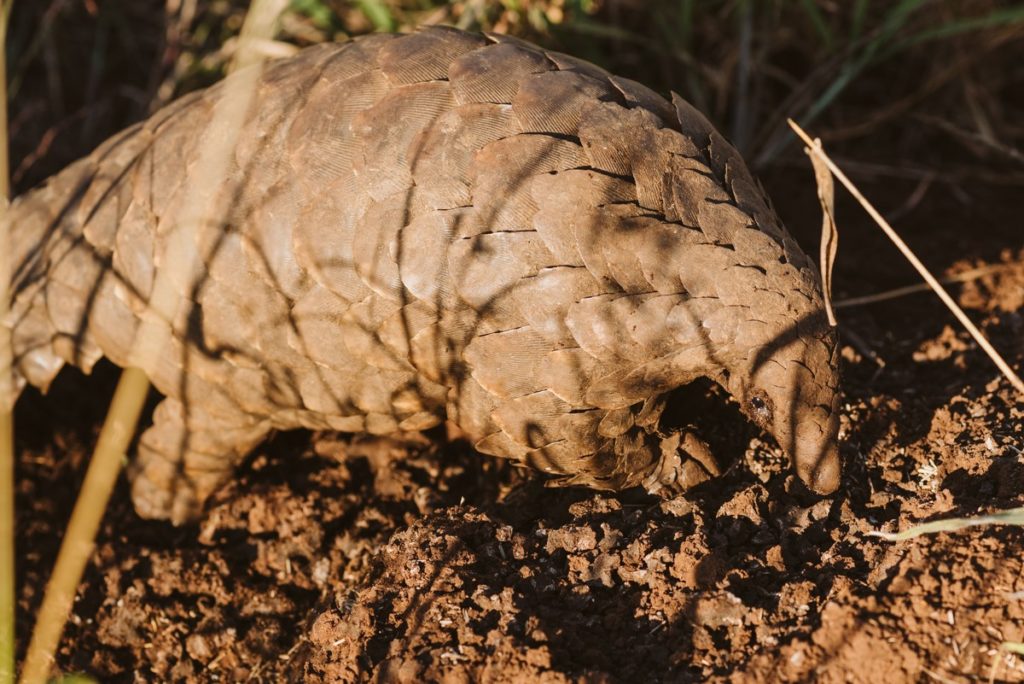 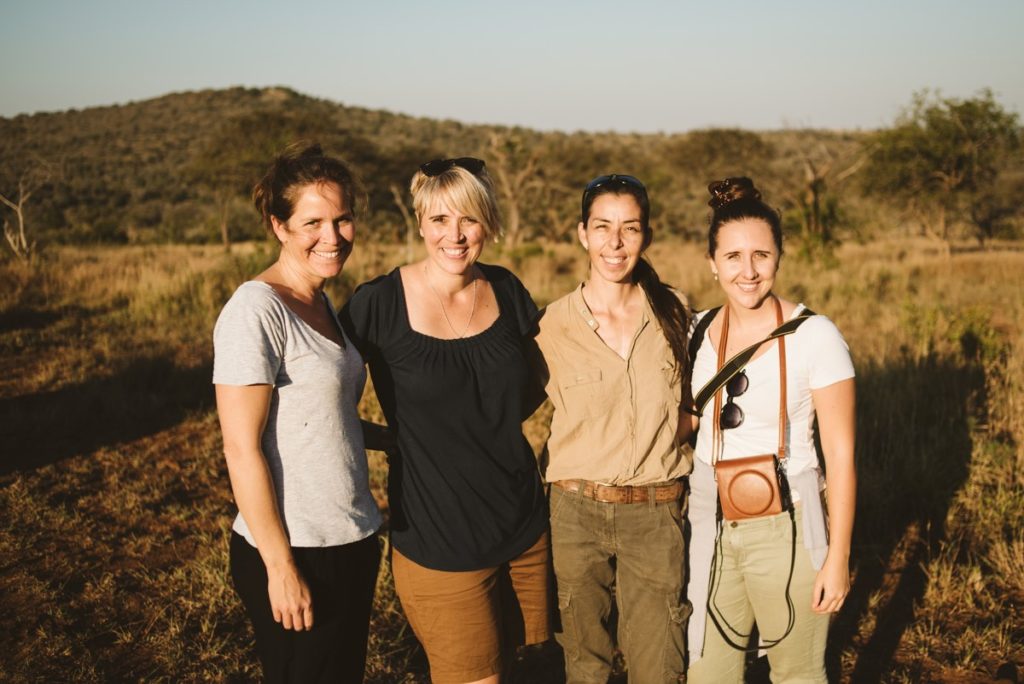 PrevPreviousTelling the story – conservation in action
NextReigniting travel in AfricaNext