On Sunday, 3 May at a stakeholder’s feedback meeting in Pretoria, Minister Creecy of the Department of Forestry, Fisheries and the Environment (DFFE) took crucial and long-awaited steps towards changing the status quo of the commercial captive lion breeding industry in South Africa.

This was an incredible day for the Love Africa and Blood Lions team (and many partners) as we all sat glued to our screens while watching the feedback session online.

‘It was a bold and significant decision by the South African government to end the vile and exploitative captive lion breeding industry in this country. This milestone comes after many years of investigation, awareness raising, research and campaigning by a number of individuals and organisations who collectively – with support from a more informed public – have been able to generate a groundswell which has led to this change.’ Nicola Gerrard,  Love Africa MD and Blood Lions Director.

Love Africa joined the Blood Lions team in 2014 to aid in their launch and campaign to expose and end the exploitation related to unethical and insidious practices associated with the captive lion breeding industry. The official documentary feature film and campaign launched in 2015. 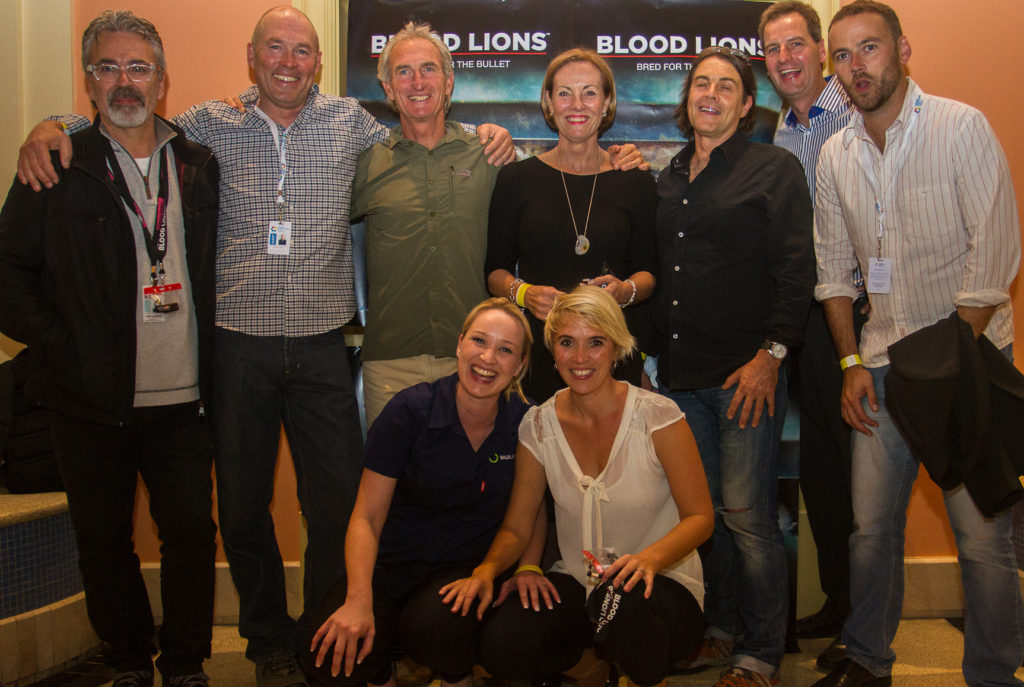 Photo of a few members of the Blood Lions team at the world premiere of the film at The International Durban Film Festival. Not forgetting a few vital members who are missing there.

“I watched the live announcement by the Minister with tears streaming down my cheeks. I thought back to the evening of the Blood Lions premiere and the standing ovation at Suncoast Casino in Durban, as well as all of the highs and lows over the years that lead to this moment. Although there is still a long way to go, this was the first, crucial step in the right direction. I look forward to working with the Blood Lions team as we move forward, supporting the Minister and her department in any way we possibly can.” – Janelle Barnard, Love Africa Marketing Manager

We are so proud to be part of this passionate team, to share in this news with them and many others that have worked hard for change.

Please see below for an excerpt from the Blood Lions press release: 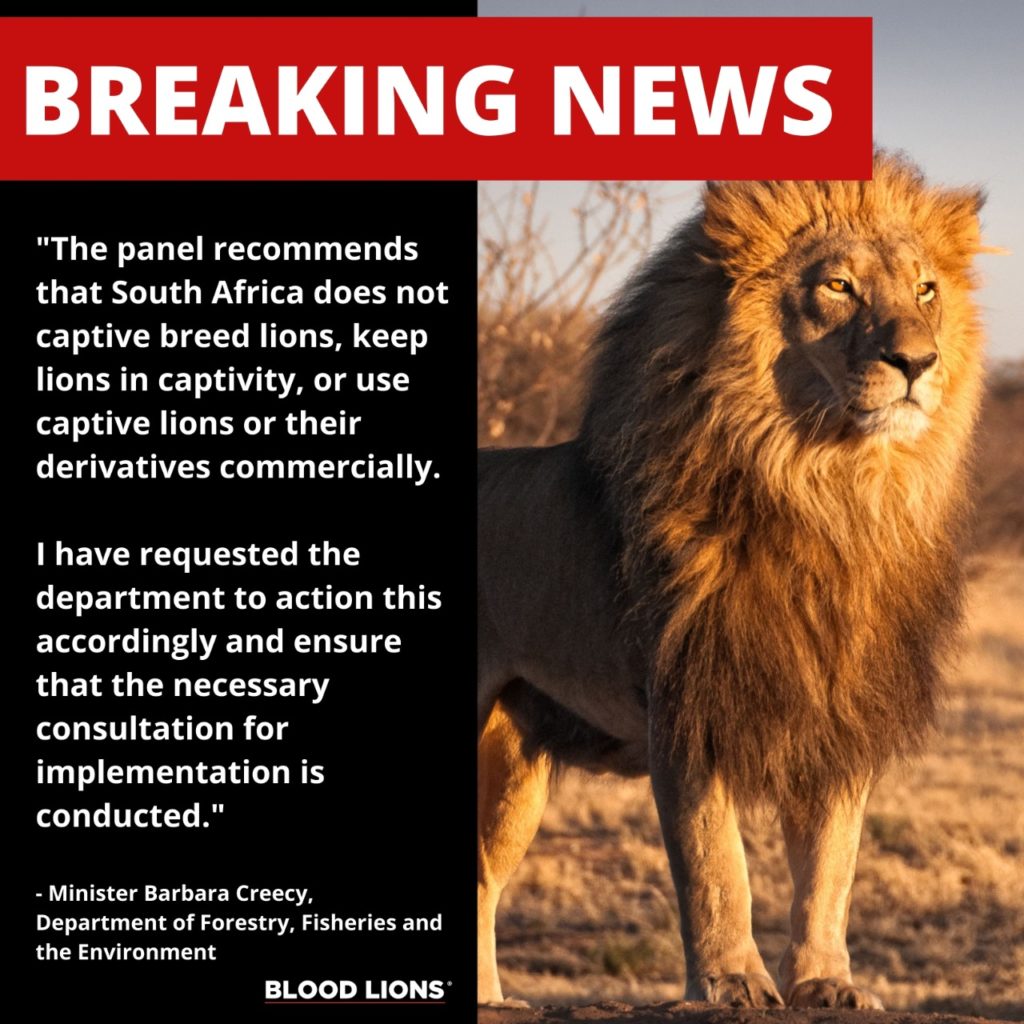 ‘Minister Barbara Creecy announced that South Africa will no longer breed captive lions, keep lions in captivity, or use captive lions or their derivatives commercially. She has instructed her Department to put processes in place to halt the sale of captive lion derivatives (including the appropriate disposal of existing lion bone stockpiles and lion bone from euthanised lions); the hunting of captive-bred lions; tourist interactions with captive lions (including, so-called voluntourism, cub petting, etc). (p. 329 HLP report).

“The [High-Level] Panel identified that the captive lion breeding industry poses risks to the sustainability of wild lion conservation resulting from the negative impact on ecotourism, which funds lion conservation and conservation more broadly, the negative impact on the authentic wild hunting industry, and the risk that trade in lion parts poses to stimulating poaching and illegal trade”, said Minister Creecy in her announcement today.

The Department will be initiating processes to implement these majority recommendations by the High-Level Panel (HLP), established by the Minister in October 2019, in order to mitigate these risks and shift away from this abhorrent industry.

Blood Lions congratulate the Minister on these bold steps and offer their full support in developing and implementing a responsible phase-out plan in order to ensure that the commercial predator breeding industry is successfully closed down in South Africa, once and for all.

You can read the full press released here.