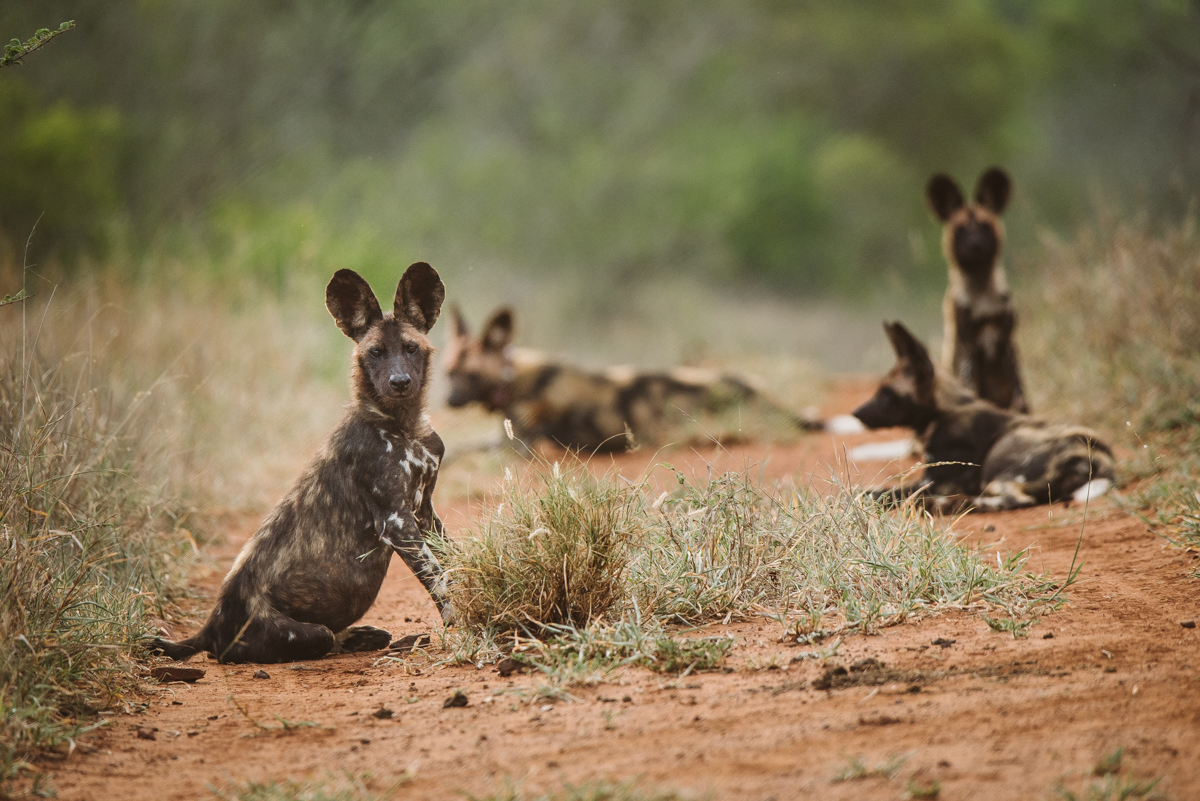 An afternoon of darting and collaring African Painted Dogs on Somkhanda Community Game Reserve almost became a failed mission when bad weather started rolling in and the sun began to set… until it didn’t. In the most incredible turn of events, the skies cleared, the wind died down and the pack of 13 Painted Dogs couldn’t have been in a better location. “It all went so smoothly and the dogs were relaxed, which makes things a lot easier. I’m so chuffed – three new collars fitted onto the Somkhanda pack,” Pippa Orpen, Wildlife ACT’s Specialised Monitor and Node Manager, based at Somkhanda. 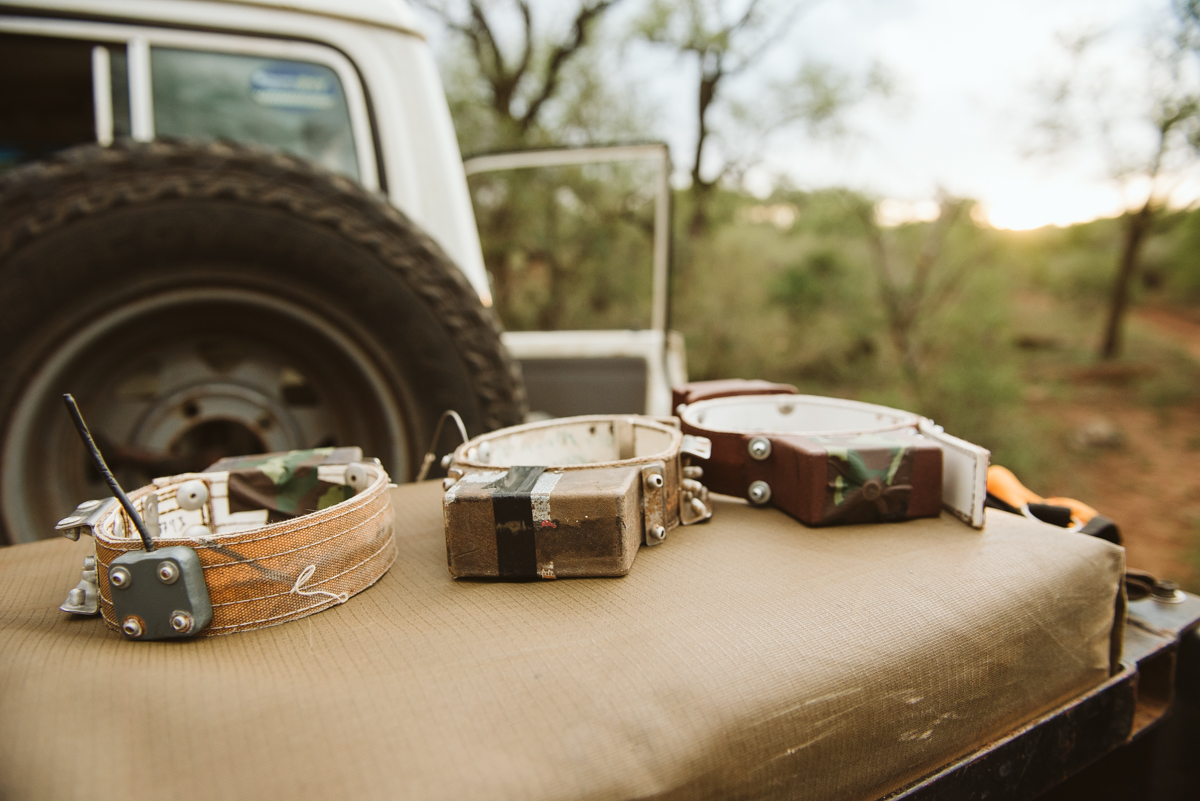 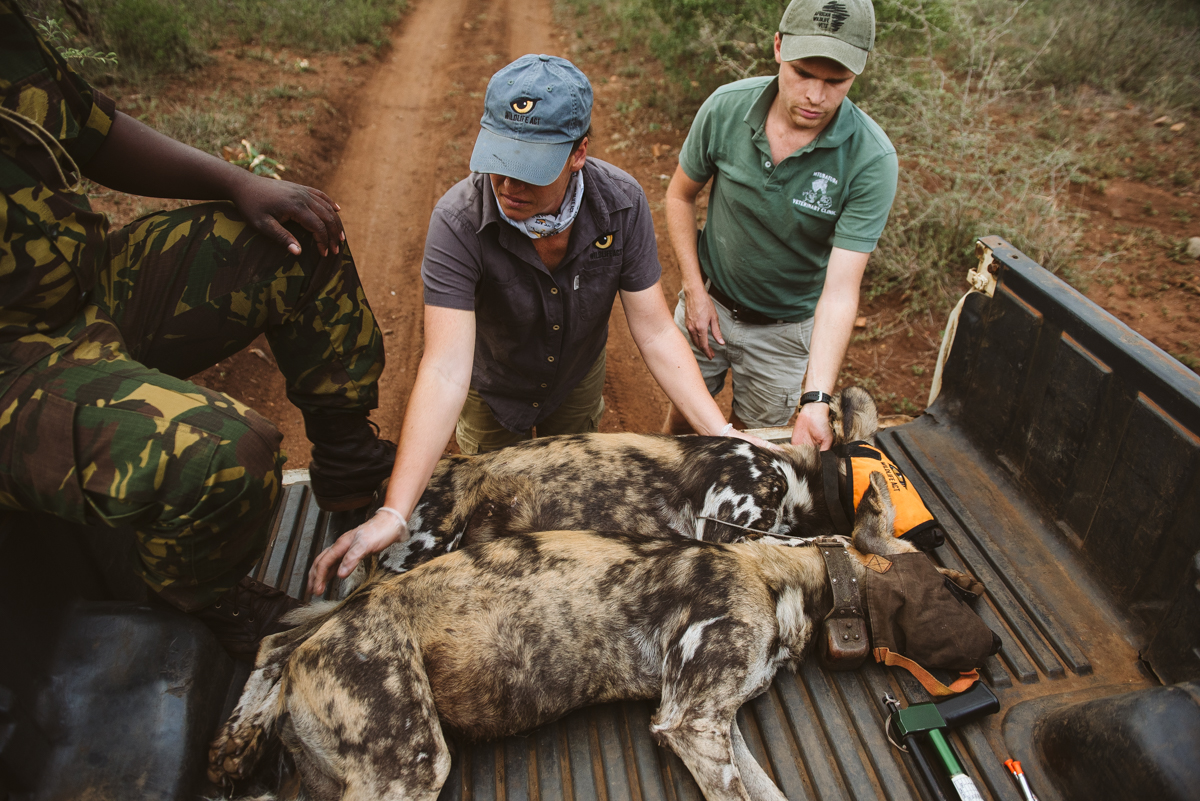 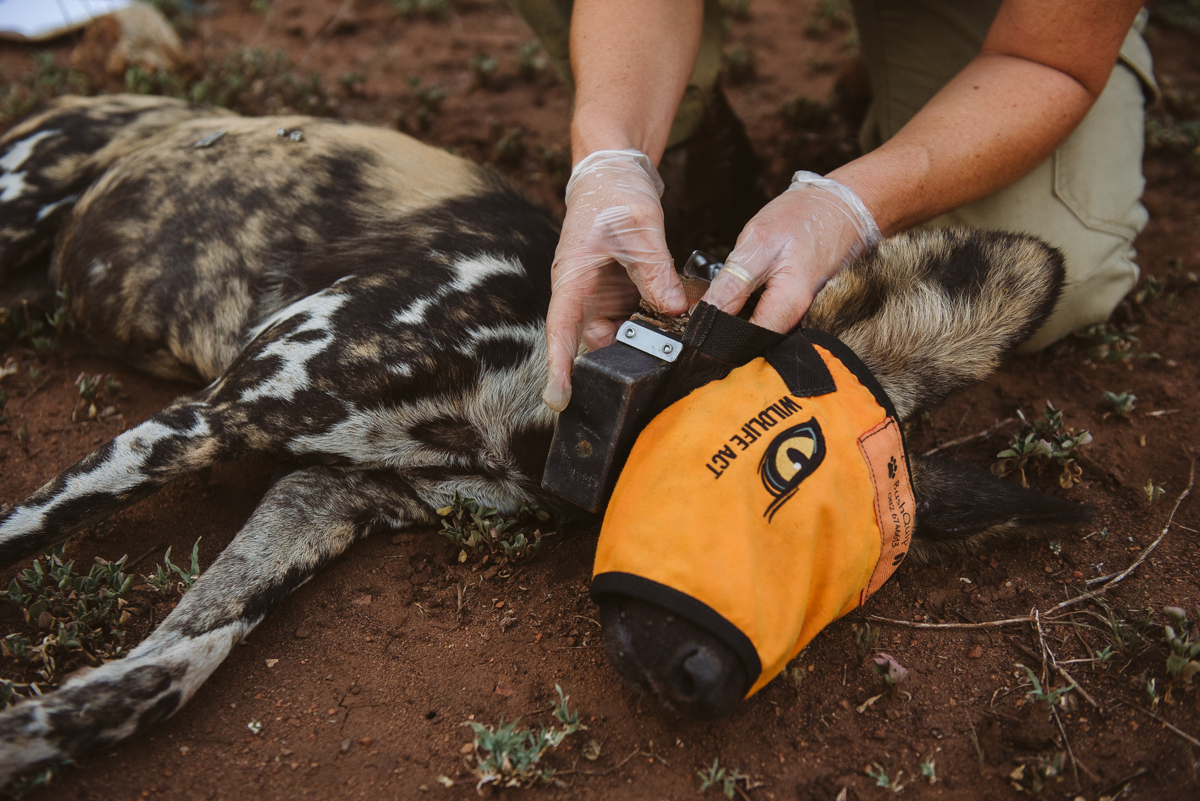 This is a glimpse into an aspect of Wildlife ACT’s work to save this iconic species. Wildlife ACT is a registered NPO, driven by a team of passionate individuals who work tirelessly on the frontline, dedicating their lives to endangered species conservation. The African Painted Dog is one of the priority species which the organisation monitors across multiple protected areas, including Somkhanda Community Game Reserve in Northern KwaZulu Natal (KZN).

“With approximately 550 Painted Dogs left in South Africa, the next generation of pups are extremely important to the survival of this endangered species,” says Pippa. “This pack was bonded and introduced to Somkhanda Community Reserve in December 2018. The males are from Hluhluwe-iMfolozi Park and the females from Khamab Kalahari. This is the second generation of pups born with this genetic bloodline.” Somkhanda, owned by the Emvokweni Community Trust on behalf of the Gumbi Traditional Authority, and managed in partnership with WILDLANDS, a programme of the WILDTRUST, has a core focus on generating economic activity for the Gumbi community, primarily anchored by tourism and the wildlife economy. A species such as the African Painted Dog provides a significant attraction for local and international tourists and, as such, is crucial for the long term success of the reserve.

Daily monitoring of priority species allows Wildlife ACT to keep an eye on population dynamics, movements, ecological influences, disease, snaring incidents and any human-wildlife conflict issues. The information gathered allows for informed decision making – both at the reserve and the species level. If the reasons for previous population declines are understood, management practices can be effectively adjusted, and in doing so, help to restore the population numbers. In addition, because Painted Dogs are top predators, their impact on the reserve needs to be well understood so that management can respond effectively. 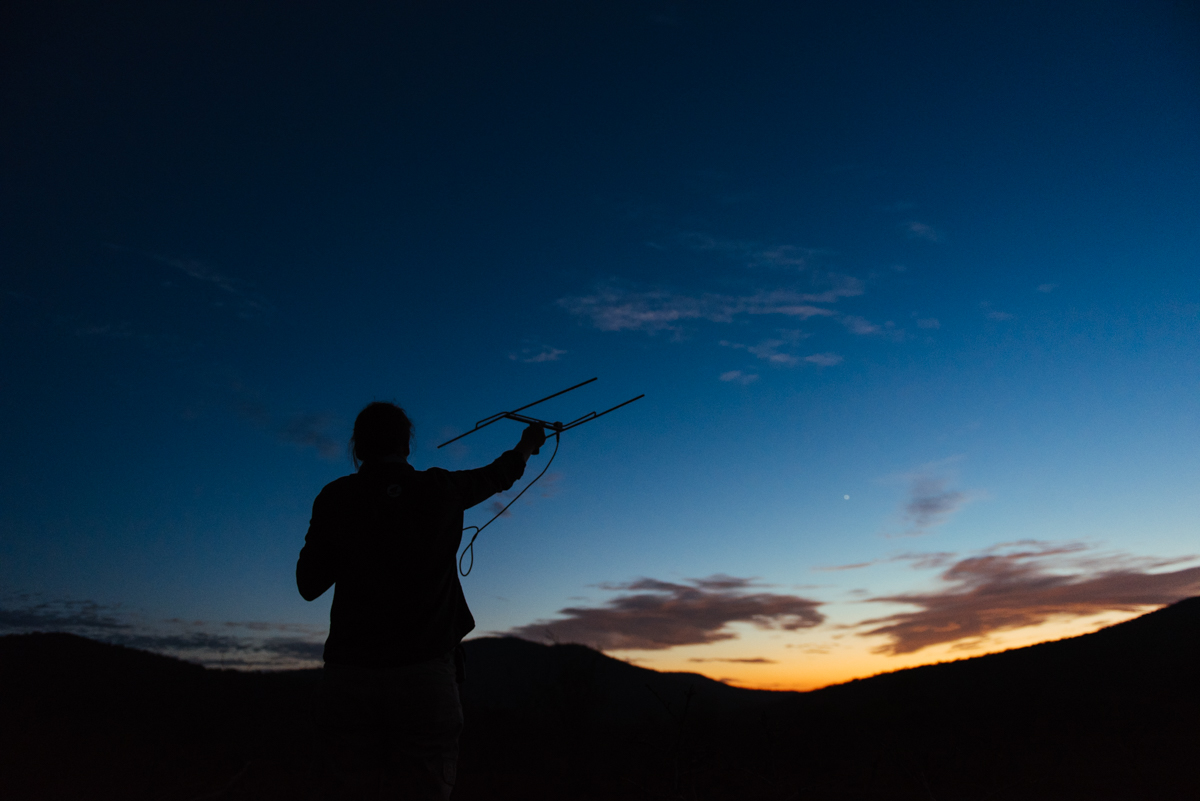 The African Painted Dogs from the Somkhanda pack were darted and fitted with either VHF anti-snare or satellite collars, allowing the team on the ground to collect baseline data to better understand home ranges, daily movements, individual and pack behaviour and diet. This information is then fed to reserve management to inform decision making on the reserve. Depending on the species of animal, the collars can be customized with sensors to recognise different movement activity, temperature and even mortality. All this data collected, assists the reserve management’s decision making processes to effectively monitor and secure this population. 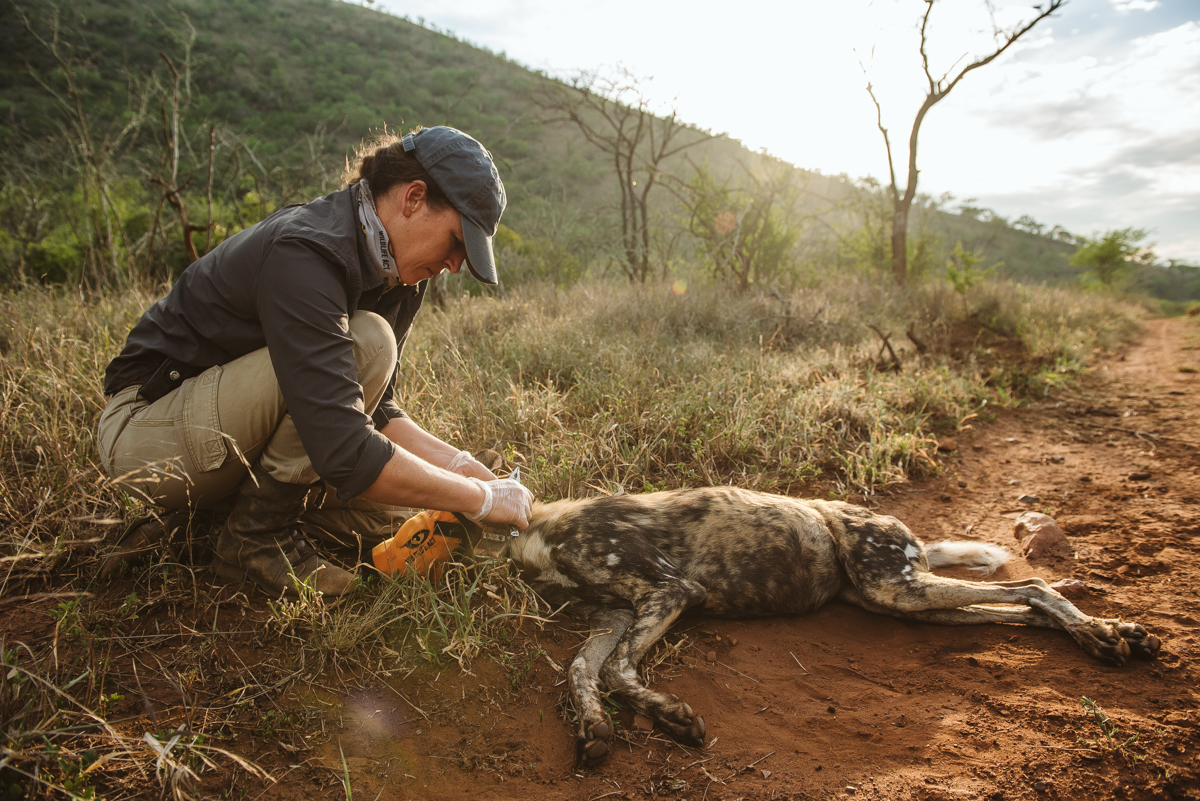 The fragmented landscape of KZN, with protected areas being interspersed between agricultural and residential areas, makes monitoring of populations of endangered species crucial to their long term success. “If the size of our protected areas were to increase or we were able to establish new protected areas in wildlife corridors, we wouldn’t need to manage this endangered species as intensively as we do, but until that time we will need to assist them,” adds Chris Kelly, Wildlife ACT’s Co-Founder and Director of Species Conservation.

In KZN, every African Painted Dog pack is monitored by Wildlife ACT, ensuring a holistic understanding of the population in the province. In some areas, African Painted Dog populations have been severely affected due to illegal snaring (as a by-catch), especially in more remote areas where law enforcement and monitoring is difficult.

– Purely from this level of intensive monitoring, 29 of 43 African Painted Dogs were saved from the poachers’ snares, and potentially many more prevented from being caught in snares as by-catch.

– Some individuals have had limbs amputated due to the snare damage. Four of the five African Painted Dogs that have lost legs to snaring have had a chance to continue their lives running wild again. And, although at a slight disadvantage, they seem to cope very well on just 3 legs.

– Two of these amputees were females who have both managed to give birth to and raise two litters of pups each.

“These statistics are clear evidence of how important wildlife monitoring is and how crucial it is for Somkhanda Community Game Reserve to partner with like-minded organisations such as Wildlife ACT in ensuring that there is successful monitoring and conservation of the Wild Dog population,” adds Meiring Prinsloo, Somkhanda Game Reserve Manager. 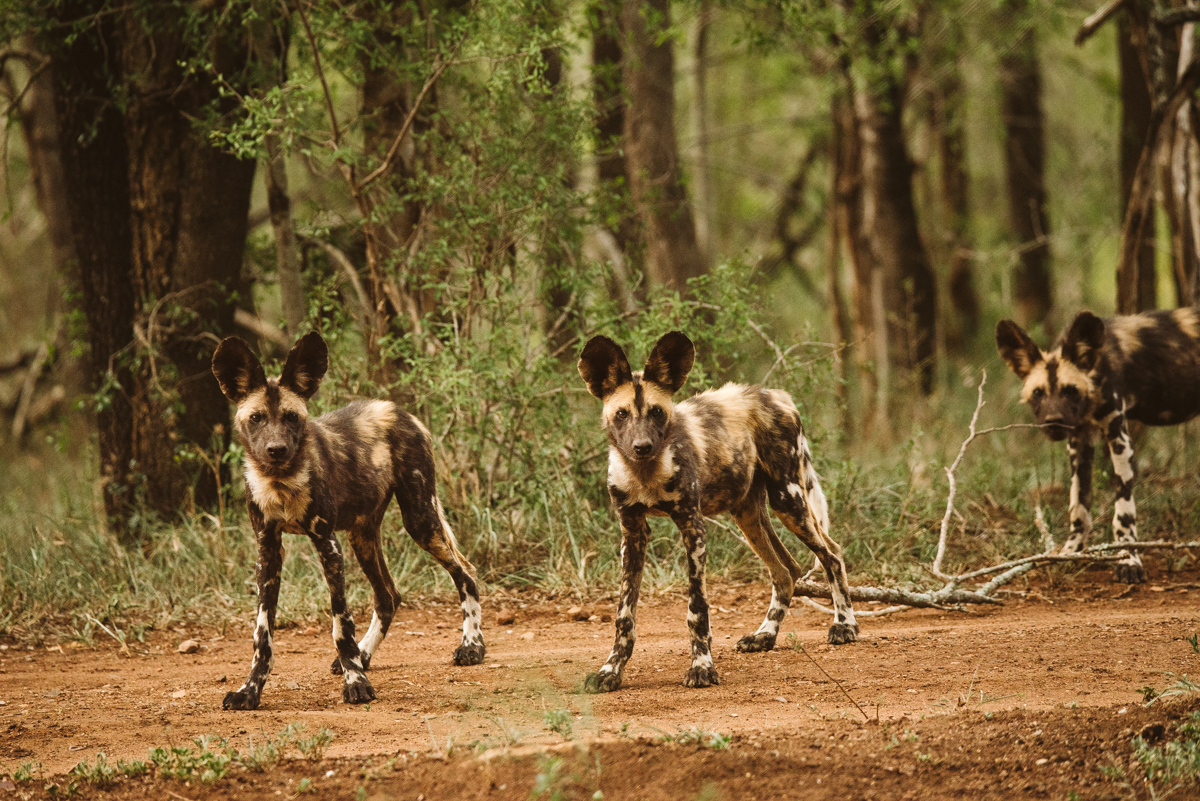 This would not have been possible without the support of their partners, The Emvokweni Community Trust, WILDLANDS, a programme of the WILDTRUST, and Wild Connection and donors such as the Hans Hoheisen Charitable Trust, Wedgewood Nougat and Tim Suttorp.

Wildlife ACT is an award-winning organisation working tirelessly since 2008 to help save Africa’s endangered and priority wildlife species from extinction, thereby enabling broad-scale biodiversity conservation. They achieve this by:

– Conducting professional and strategic monitoring and research to enable and inform effective conservation management of wildlife in Africa;

Somkhanda Game Reserve is a community-owned game reserve managed by WILDLANDS, a programme of the WILDTRUST, in partnership with the Emvokweni Community Trust. Somkhanda is the first community-owned reserve to be proclaimed under the Protected Areas Management Act, meaning that this community has committed their land to biodiversity conservation for the foreseeable future.

WILDLANDS and Wildlife ACT have strategically collaborated to re-introducing a number of different species into the reserve to ensure their survival. African Painted Dogs were introduced to the reserve in 2014 to fulfill the conservation objective of saving endangered species, and reintroducing natural predation into the wildlife ecosystem.