An open letter signed by over 300 South African youths was sent to the Presidency as well as the Departments of Environment, Forest and Fisheries, Basic Education and Higher Education calling for an end to the captive breeding and commercial exploitation of wildlife across South Africa.

The 16th of June in South Africa serves to commemorate a day in 1979 when South African youth banded together and changed the course of our history. This Youth Day, the Blood Lions ‘YouthForLions’ team called upon the youth of South Africa to stand together and speak up against the injustices of captive predator breeding.

South Africa currently has approximately three times more lions in captivity than in the wild, and these animals are exploited at every phase of their lives despite claims made by the breeders. Young people from around the world travel to our country to visit these facilities believing that they are contributing to conservation when, in fact, their money is simply contributing to what is most often unethical breeding and fraudulent use of the animals.

This Youth Day action follows a decision made by the Department of Environmental Affairs in March 2019 to allow the captive lion breeding industry to continue with regulations in place, despite the recommendations and resolutions made by the Portfolio Committee of Environmental Affairs (PCEA) towards the end of 2018 to put an end to the practice. The PCEA confirmed that “there was an overwhelming consensus for the need to bring an end to the controversial aspects of the captive lion breeding industry in South Africa” and that the industry is, in fact, a blemish on South Africa’s conservation reputation and tourism image. Leading global conservation and scientific authorities have stated time and time again that the captive predator breeding industry has no conservation value, and goes against internationally accepted ethical and welfare protocols.

The 324 youth who signed the open letter agree that trying to regulate an industry that has been thriving for over a decade under ineffective governance is unfortunately not the answer.

“I truly believe that we are vastly more powerful and influential as a collective. I have been completely blown away by the support for this Open Letter and am immensely proud to have been a part of it. I implore the President and his Ministers to listen to the voices of the youth and hear their message” – Cath Jakins, Blood Lions ‘YouthForLions’ Coordinator. 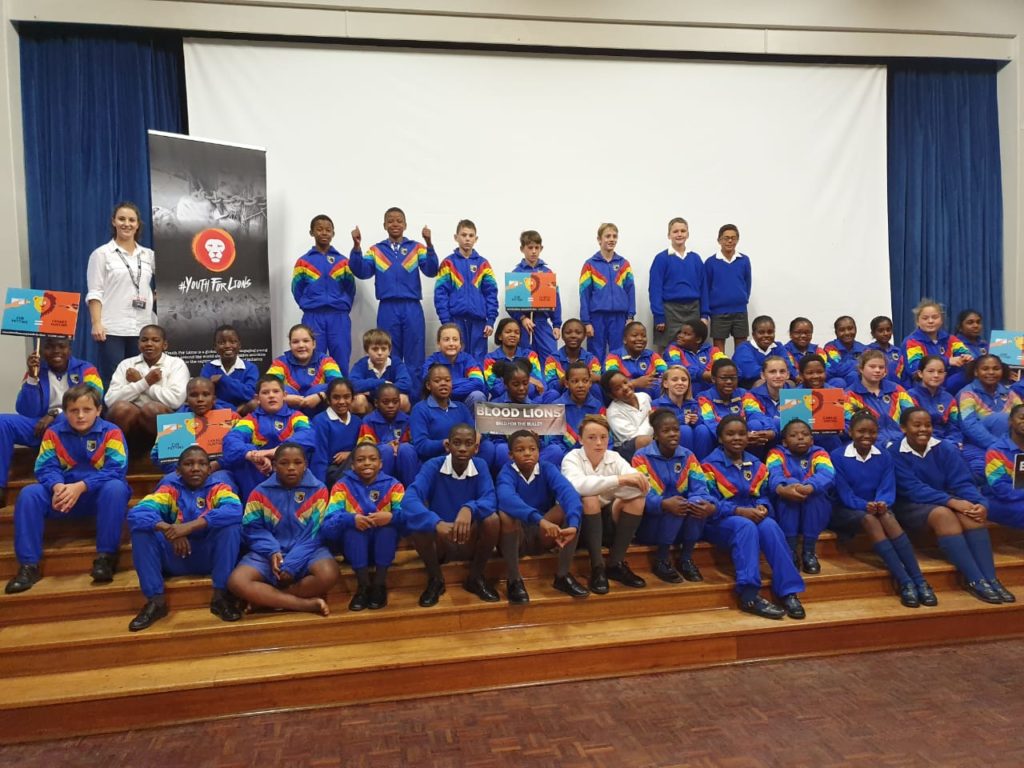