Three Critically Endangered African White Backed Vultures have been successfully rehabilitated and released back into the wild by Wildlife ACT, Ezemvelo KZN Wildlife and Raptor Rescue; through the Zululand Vulture Project. This, after a spate of poisoning incidences ravaged Zululand last year. Wednesday the 24thof June 2020 was an important day in the conservation efforts of the critically endangered African White Backed Vulture in Zululand, South Africa. Another great example of collaborative efforts making conservation possible in the province. 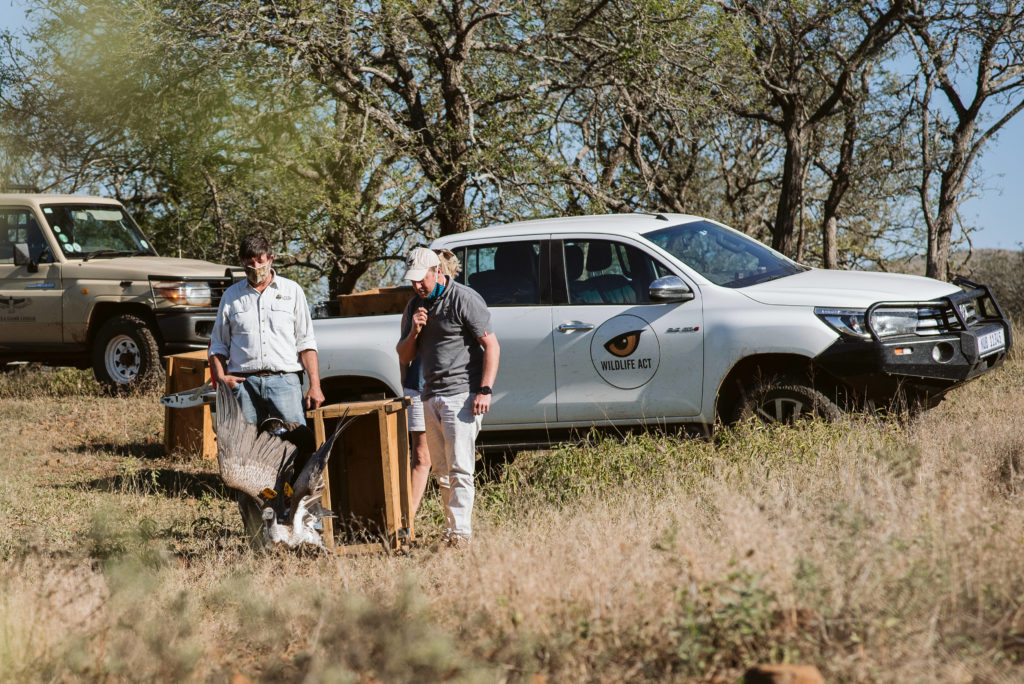 African populations of vultures are experiencing rapid declines and most species are now at risk of extinction. The IUCN Red List of Threatened Species currently classes 39% of vulture species as critically endangered (IUCN 2017).

“A vulture takes between 5 to 7 years to reach maturity, and they lay 1 egg a year. That’s 2 birds, that need 2 years and a 100% success rate just to replace themselves.” Ben Hoffman, Raptor Rescue.

“Vultures face many threats – poisoning is just one of them. There are also power lines and other energy infrastructure, habitat change and loss, and lack of food that all play a role.” Chris Kelly, Wildlife ACT Director – Species Conservation.

KwaZulu-Natal (KZN) has significant populations of vultures, with this specific project focusing on the tree nesting species, including White Headed, African White Backed and Lappet Faced vultures. These species are listed as critically endangered and endangered respectively (IUCN 2018). Poison use (and misuse) is a major contributor to vulture deaths and population declines have been reported across much of KZN. This use of poisons by poachers can wipe out huge numbers at once and, since 2001, almost 70% of breeding pairs in this northern KZN breeding cluster have vanished.

Vultures were hit hard in 2019, with 4 confirmed cases of mass poisonings in the northern part of KZN alone, resulting in a minimum of 56 birds confirmed poisoned. However, fast reporting of suspicious activity by property managers to the Zululand Vulture Project, ensured swift response from Wildlife ACT’s Emergency Response Team and the rescue of 4 African White-Backed Vultures and 1 Lappet-Faced Vulture. In addition to this, the fast decontamination of the poison sites prevented hundreds of other vultures, and other species, being killed.

The few poisoned (but still living) birds were rushed down to Raptor Rescue in Pietermaritzburg. Here they were treated and rehabilitated over 9 months, to ensure they get the best chance at a successful return to the wild. “They were put on fluids, treated with activated charcoal and atropine, then kept for several months for monitoring with ongoing vet checks and blood panels.” Ben Hoffman, Raptor Rescue

Wednesday was the big day. Manyoni Private Game Reserve was the scene for this exciting chapter in the recovery of 3 of these birds. Each bird was equipped with a GPS backpack and wing tags which will help Wildlife ACT and the Zululand Vulture Project maintain a close eye on the birds’ movements and behaviour. This post release data is vital for understanding the full success of these rescue and recovery operations.

Having been given the best chance of survival, one by one, these rescued Vultures were set free to soar once more in Zululand’s open skies. 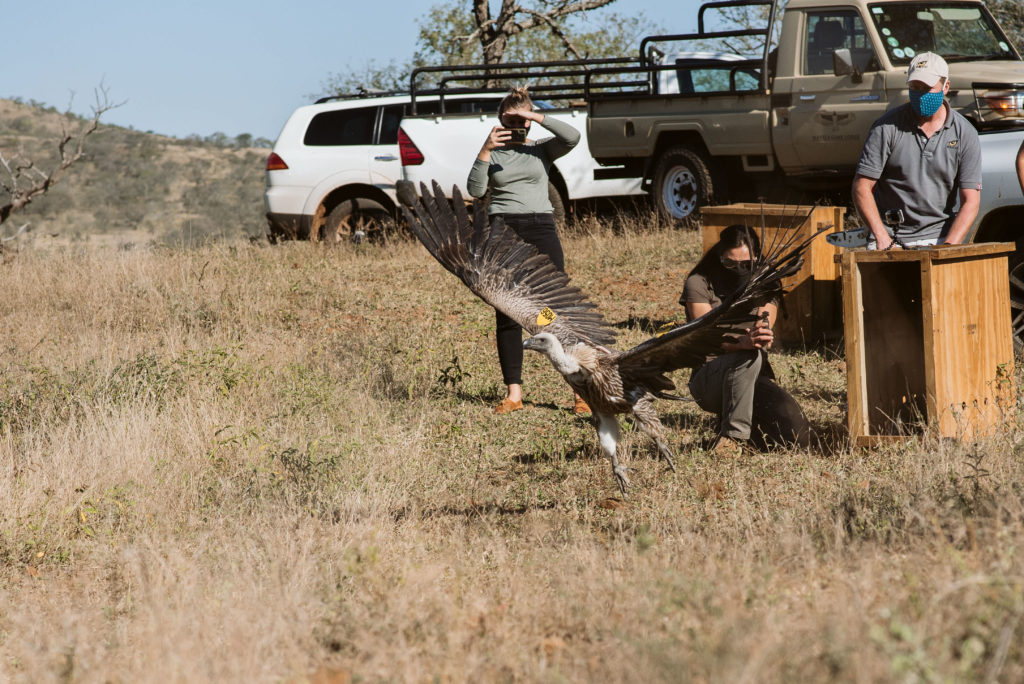 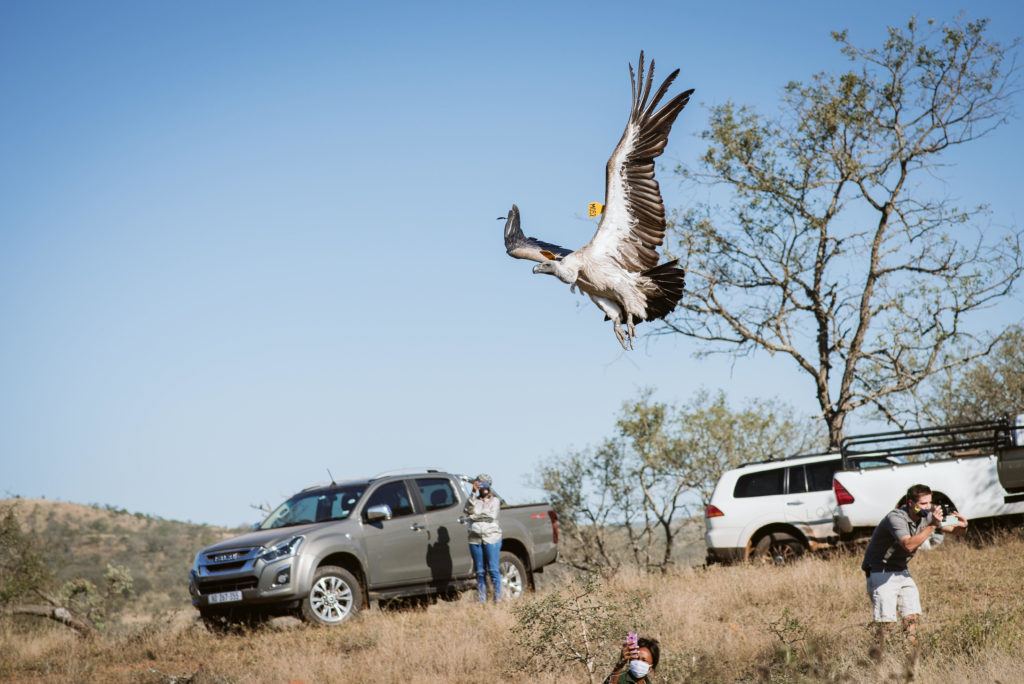 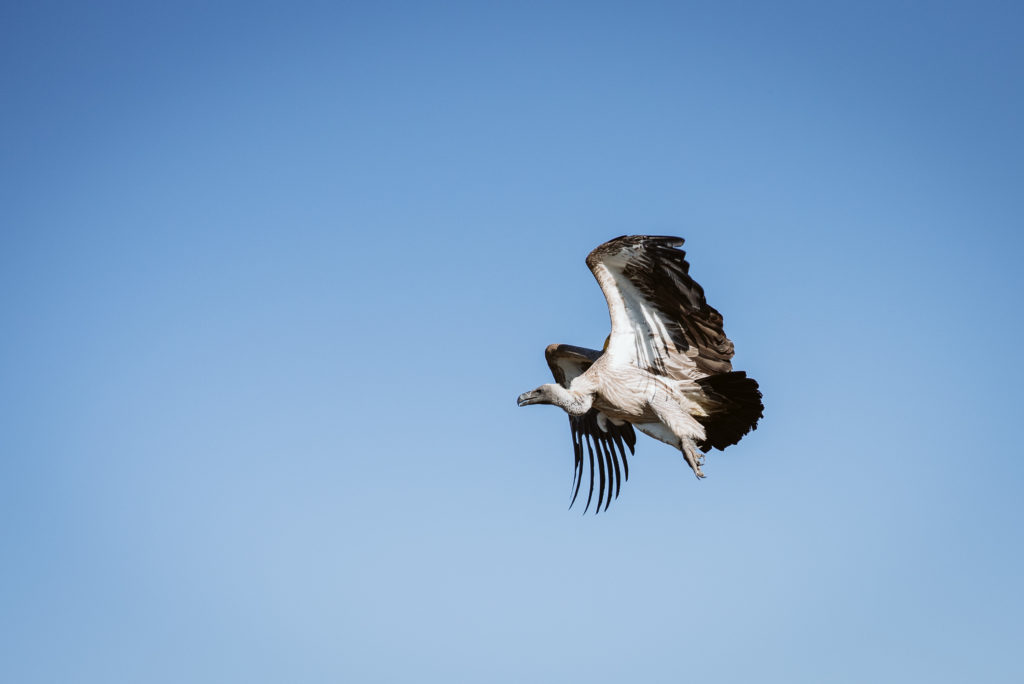 Wildlife ACT’s Vulture Conservation Programme, forming part of the Zululand Vulture Project and Project Vulture, aims to obtain a better understanding of these birds fine scale habits to allow the implementation of informed conservation management decisions; to identify poisoning events (a major threat to these populations) and respond swiftly to these with qualified personal; reduce the persecution of vultures and the demand for vulture parts in the traditional medicine sector; and capacitate more personnel to help to support vulture conservation in the region.

Wildlife ACT is a registered Non-Profit Organisation which wasestablished in South Africa in 2010 with a vision to save Africa’s iconic and endangered species from extinction, thereby enabling broad-scale biodiversity conservation.

Through strategic partnerships and sustainable funding models our mission is to:

Wildlife ACT believes that partnerships are crucial to effectively carry out the work required in this space. We believe partnerships bring stability and consistency of approach with the benefits of continuity.

Vultures are part of the Accipitridae family and play an extremely important role in the ecosystem. Flying in from huge distances, they clean up carcasses in the field thereby helping to control disease outbreaks. These magnificent birds essentially allow us to measure the functioning and health of an ecosystem. Unfortunately, African populations of vultures are experiencing catastrophic declines with risk of extinction. In KZN, a recent surge of mass poisonings have caused local African white-backed, white-headed and lappet-faced vulture numbers to rapidly decline. An element of our work aims to obtain a better understanding these birds fine-scale habits to inform conservation management.