World Oceans Day took place on the 8th June across the globe. Every year we celebrate what takes up over 70% of the planet and forms a critical part of life on earth.

Over the past 3 years, Love Africa has been privileged to work with leading marine NGO, WILDOCEANS on 2 campaigns working to create awareness and increased protection of the oceans around South Africa.

Through our work we’ve seen an increased focus on the health of our marine environments, and we wanted to highlight a few of those organisations doing incredible work in this sector.

Importantly, we want to show those key ACTIONS that are needed to drive awareness and change through these projects.

Did you know that 5% of our oceans around South Africa are protected in marine reserves?

Ocean iMPAct is an awareness campaign, collaborating with key partners, with a goal of achieving 10% protection of South Africa’s oceans within Marine Protected Areas (MPA) by 2020.

Ocean iMPAct began as OnlyThisMuch, a campaign which was pivotal in the increase in protection of South Africa’s oceans from 0.4% to 5% within Marine Protected Areas.

This improvement on 0.4% is a significant achievement but the hope is to achieve 10% protection of the oceans around South Africa by 2020, with scientists calling for at least 30% to achieve ocean health and resilience.

“Governments around the world are faced with competing priorities on a daily basis,” says WILDOCEANS Marketing Manager Ruth Mthembu. “The aim is to ensure that ocean protection remains a high priority, not only on World Oceans Day, but throughout the year. Ocean protection has not always been top of mind for everyone but we have the duty to make it top of mind. Every second breath that every single human being takes, is from the ocean. Our lives literally depend on it. Lack of marine protection anywhere is lack of marine protection everywhere.”

2. Learn about South Africa’s sharks and rays with Shark Attack

Our sharks and rays are under attack, but you can help.

Shark Attack is a campaign made possible by the Shark Conservation Fund  and WILDOCEANS (a programme of the WILDTRUST) with a goal to improve the protection of threatened sharks and rays in South Africa through:

“The campaign has a big job to do in also trying to shift the negative perceptions that exist around sharks, exacerbated by media and films like jaws or ‘The Meg’,” said Campaign Lead Lauren van Nijkerk of Wildoceans. “We don’t hear or see about sharks in a way that makes us want to learn more about them, understand them better or figure out ways to live in harmony with them – it is their ocean after all.”

The ‘Shark Attack’ campaign hopes to inform the public and ocean users about the imperiled status of sharks and rays, recovery actions required and highlight the benefits of non-consumptive and sustainable use.

3. SASSI App – Are you eating the right seafood? 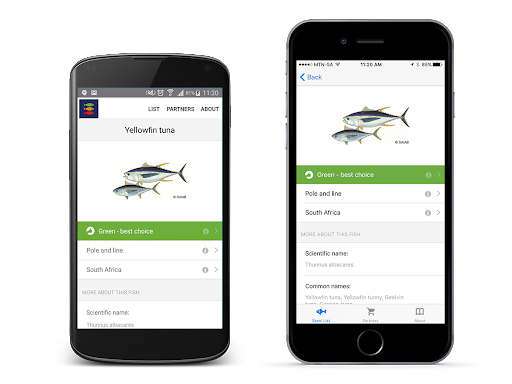 4. Clean our oceans with the Litterboom Project

90% of Marine Plastic pollution comes from the river systems around the world.

The litterboom project sets up catchment areas along rivers using a pipe, which floats on the surface and collects the plastic to the riverbank where it is removed from the river, sorted and sent off for recycling if possible. These litterbooms continue up the rivers to the main source of the problem.

Ultimately the true solutions lies in a system where we avoid single use plastic altogether. But until things start to change, initiatives like the Litterboom Project are instrumental in reducing the amount of plastic ending up in the ocean.

5. RISE UP for the ocean 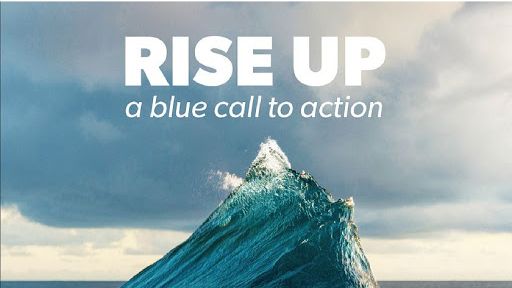 Civil society’s Blue Call to Action for the ocean in 2020.

The choices the world makes this year are critical to set the ocean on a course to recovery by 2030.

With a number of key meetings taking place this year, including the UN Ocean Conference, as well as several Sustainable Development Goal target deadlines coming to a head, “RISE UP – A Blue Call to Action”, sees 2020 as a huge opportunity for the global community to come together and raise the level of ambition.

“RISE UP – A Blue Call to Action” sets out the targets below.

The group asks civil society and philanthropic organizations to join their Blue Call to Action to urge governments and businesses to RISE UP and:

These objectives are vital to tackle the ocean crisis. The group is focused on and prioritizes what the ocean needs to recover.