“Give it Up” for a new Waste Movement

The 3rd of July 2019 will see the launch of a new social media campaign called waste_UPRISING. The campaign will be accessible on Facebook, Twitter and Instagram and the goal is that it will become the go-to platform for credible waste facts and stats in South Africa. At the heart of this movement is the objective of raising awareness to ultimately bring about a change in behaviour.

The WILDTRUST, a leading environmental non-profit organisation, are behind this new campaign as they recognised the need to have legitimate, myth-busting and interesting waste information (including information about clean-up operations and issues which the public could assist with) in one place.

“There are lots of organisations doing interesting, innovative and positive things in the waste space,” said WILDLANDS’ Recycling Operations Manager, Hanno Langenhoven. “However, one of the challenges is knowing where to go for a ‘summary’ of all the local waste activities, environmentally friendly stores and stats relevant for South Africans. Considering our organisation is based in KwaZulu-Natal, a chunk of the ‘news’ featured initially will be focused in this province – but the hope is to expand, and quickly, to ensure we provide information relevant across the country. The platforms will also highlight the good, the bad and the ugly in the waste space, to make it easier for you, the consumer, to make informed choices going forward.” 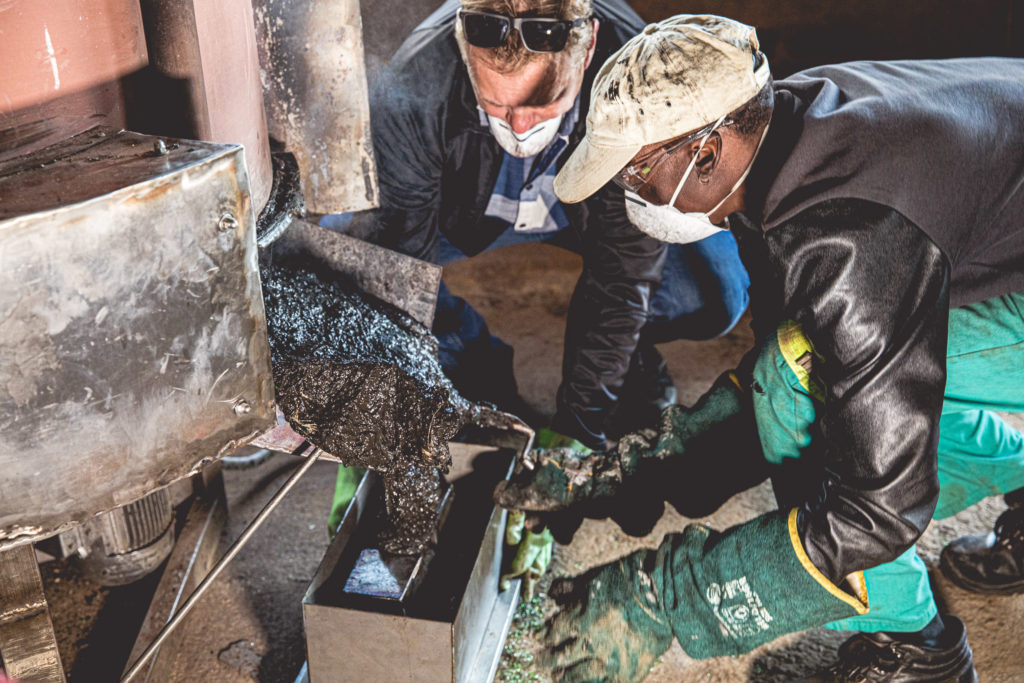 Mbalenhle Zondi and Duncan Doo producing a “green brick” made from plastic and glass- one of the many innovations that will be profiled on @waste_UPRISING.

The resource-packed, educational and credible platform, waste_UPRISING will bring to light the depth and reach of the waste crisis, as well as highlight innovations and solutions around waste.

It is predicted that an environmental and societal collapse is set to take place in around 11 years if no environmental action is taken, including acting against waste. It is becoming more apparent that there is a need for consumer and producer behaviour change, as well as a massive shift required in how and what we produce and consume.

“We are concerned that much like the rhino poaching crisis, the general public have become indifferent to the waste issue. The reduce, reuse, recycle conversation is seemingly expected and perhaps the long-term solution is legislation change – a compulsory EPR (Extended Producer Responsibility) fee or a blanket limited-use, unnecessary plastic ban, needs to take place to force behaviour shifts.”

The waste_UPRISING campaign will educate the public providing unbiased, non-sensationalist and credible information about waste in South Africa. The platforms will also provide practical, short and long-term ways in which you, the public, can make a difference.

The waste_UPRISING campaign will provide useful information and will be controversial at times- drawing attention to big companies and their production processes, which often result in waste that could be avoided. The platforms will also highlight innovative projects/products as well as individuals and companies that have taken heed of the crisis and are doing something about it.

How can you make a difference? Firstly, refuse. Refuse to use single-use items such as disposable coffee cups or plastic packets at the supermarket. Then reduce, reuse, rehome and recycle. Remember, the cost of action is high, but the cost of inaction is even higher. Join the movement by following waste_UPRISING on Facebook, Twitter and Instagram.

Nomzamo Mnikathi sorting waste at a recycling depot in KZN. Recycling is one of the ways the general public can contribute positively to the waste issue. Follow more on this @waste_UPRISING. (Photographer: Mariska van den Brink)